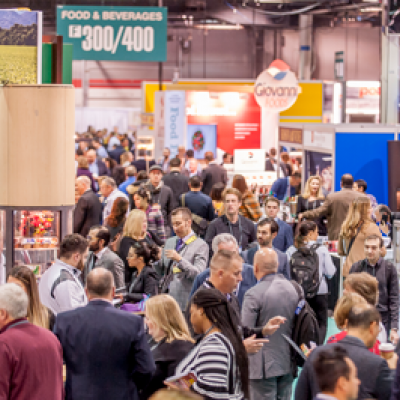 Government restrictions from the pandemic resulted in both shows going online in 2020. In December of 2020, the International show was held online, while PLMA hosted Private Label Week the first week of February 2021. The U.S. show is still open for business until the end of the month.

Illinois governor J.B. Pritzker has expressed confidence that live trade shows, with some restrictions, could happen as early as this summer. The RAI in Amsterdam also has live events planned for the fall. PLMA is working on plans to make the shows as safe as possible for all and to follow all government regulations. 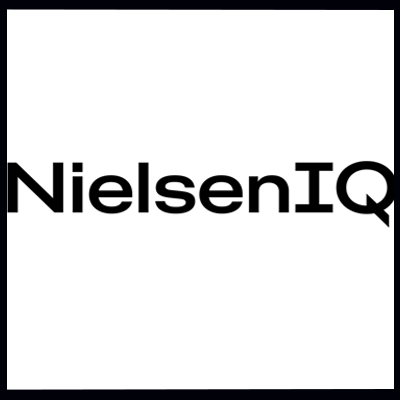 The unprecedented year of 2020 also had unprecedented effects on store brand sales. According to NielsenIQ, with sales figures provided exclusively for PLMA, spending on private label grew nearly 12% as consumers spent $16.5 billion more on store brands compared to the year before.

Private label dollar sales in supermarkets increased by $8.5 billion, or 13.2%. In the mass channel, sales grew 11.7%, or $8.1 billion. In supermarkets, units sold increased by 7.1% or 1.8 billion total units. The mass channel also had growth, with units also moving up by 1.8 billion or over 8%. But the drug store channel continued to struggle. Private label dollar sales dipped by $100 million, while private label units also declined by 100 million, or 6.2%.

While no one expects 2021 to repeat the groundbreaking sales of the past year, the numbers could also reflect the growth of new customers who have tried private label for the first time during the pandemic and who may continue buying store brands now that they have discovered their benefits. PLMA members receive full Yearbook data. To become a member click here.

Store Brands Are a Major Part of Target’s Growth Strategy

Target saw an increase in annual sales of $15.3 billion, a nearly 20% jump in full-year sales reaching $92.4 billion. Digital sales, including delivery and pickup, saw a 145% increase in sales. Store brands were a major part of that success.

Target’s Chief Growth Officer Christina Hennington was recently quoted as saying the retailer’s private brands accounted for one-third of Target’s sales. Four store brands have reached $2 billion in sales. They are Cat & Jack, Up & Up, Threshold and Good & Gather.

“Own brands are vital to the success of our business,” Hennington said, adding that that Target customers seek out their store brands and are loyal to them.

Target even upped the ante recently by announcing the introduction of a major new food line. Slated to hit store shelves on April 5, Favorite Day is a line of 700 products that will focus on snacking items like cupcakes, lava cakes, ice cream, and other sweet and salty snacks. Target is also introducing a crafting line called Mondo Llama. It will consist of 400 arts and crafts products including paint sets, drawing kits, and other craft products.

Walmart to Spend $350B on American-made products

Walmart has announced it is launching a plan to spend $350 billion in the next 10 years on supplies produced, grown, or assembled in the U.S. as part of a goal to increase its support for small and diverse suppliers in the U.S. The company hopes the program will help to reduce carbon emissions as well.

Walmart plans to work with manufacturers and others through a program called "American Lighthouses." The program’s goal is to reduce barriers to U.S. production and help return more manufacturing to the U.S.
Albertsons Cos. tests Automated Grocery Delivery Cart 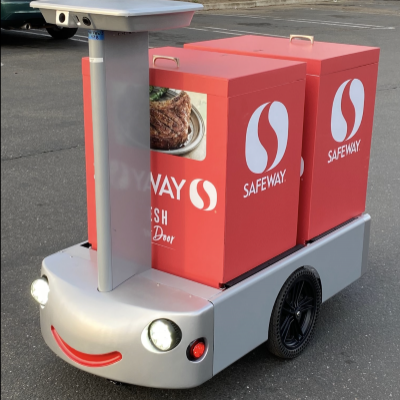 It will be guided through the neighborhood by a remote operator, using cameras to help it navigate any obstacles. Customers will receive a text message alerting them when the delivery cart arrives at their home.

Ahold Delhaize to Invest in its Ecommerce Business 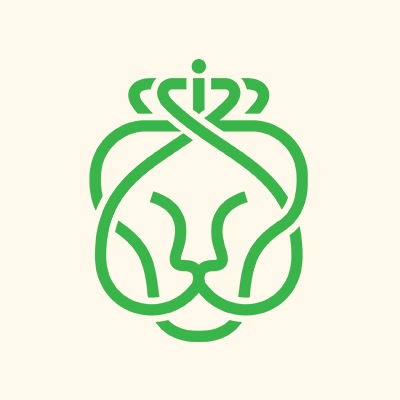 Ahold Delhaize plans to expand investment in its ecommerce business throughout the coming year. The owner of Peapod, Stop & Shop and Food Lion plans to establish new distribution channels and increase technology so online shopping will become a larger part of the grocer’s overall revenue. In 2020, online sales in the U.S. for Ahold grew to over $2 billion, up more than 100% compared to 2019. 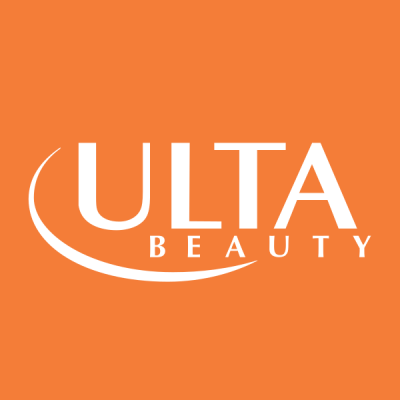 Ulta Beauty Inc. has named President David Kimbell as the successor to outgoing CEO Mary Dillon. Dillon has been CEO since 2013 and will become executive chair of the board for one year after she leaves her position. During her tenure, sales tripled to over $7 billion and the number of Ulta stores doubled. Ulta now has over 1,100 stores across all 50 states. 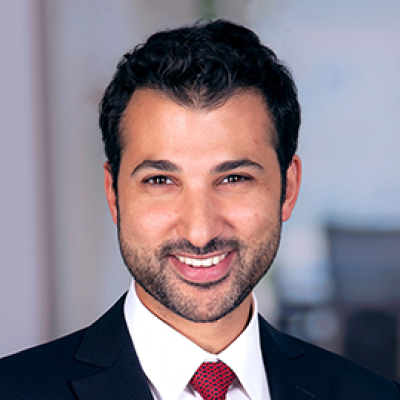 To succeed in today’s challenging retail environment, trading partners must take differentiation to the next level, says Bahige El-Rayes, a partner at Kearney. This requires capturing consumer mindshare and understanding unmet needs, El-Rayes says. Companies can then create products and services with unique characteristics that set them apart from the competition. Click here for video. 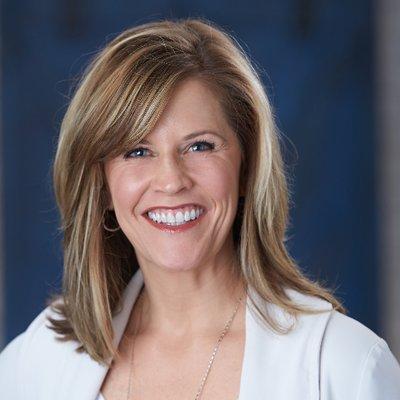 Target plans to launch two major store brand lines. The first is a food and beverage brand called Favorite Day which will focus on snacking. Slated to hit store shelves on April 5, it includes more than 700 products like lava cakes, beverage mixers, cupcakes, premium ice creams, among others. The second line is a crafting line called Mondo Llama. It will have over 400 arts and crafts products including paint sets and drawing kits.

Dollar General is launching a new private label line of 10 hair care products called Root to End. The new line, all of which are priced at $5, will include shampoos, conditioners, and hair spray. The Dollar General line is cruelty-free and vegan, and its products do not contain additives like parabens, phthalates, and mineral oils. Root to End will be available in more than 17,000 Dollar General stores.

Bed, Bath & Beyond has unveiled the first of six new store brands. The new line, Nestwell, consists of bedding and bath products. These include sheets, bedding, pillows and bath items like towels, washcloths, bathmats, and shower curtains. The company says all products are organic and made from responsibly sourced materials.

Walmart has partnered with actress Drew Barrymore for a new exclusive line of small kitchen appliances. The appliances, called Beautiful Kitchenware, launched on St. Patrick’s Day with several green-colored products. They included a toaster oven, coffee maker and an electric kettle. Dozens of more products in a various range of colors will be released in the coming months. Last fall, Barrymore launched a line of haircare products for Walmart.com under her Flower Beauty brand.

Big Lots is helping consumers with outdoor products with the launch of its largest-ever lawn and garden assortment. The retailer will have more than 1,200 outdoor furniture products which will include its private brands Broyhill and Real Living. They will have patio seating products under both brand names; a Broyhill Legacy Fire Pit Table; a Real Living Wine Barrell Patio Bar and Barstools, and even a Broyhill Legacy Gazebo.

Hy-Vee is planning to help customers to have a “mani-pedi” during their store visits. In association with The W Nail Bar, Hy-Vee plans to open in-store nail salons at several grocery locations this year. Shoppers will be able to get manicures, pedicures, nail art and other services at the in-store salons.

7-Eleven has announced it has reached $1 billion in private label annual sales. The retailer’s private label assortment, including the 7-Select and 24/7 Life by 7-Eleven brands, have reached roughly 1,500 products. The company first introduced private label products into its stores in 2008 with its 7-Select brand. 7-Eleven has 12,000 stores in North America and more than 71,800 stores around the world. 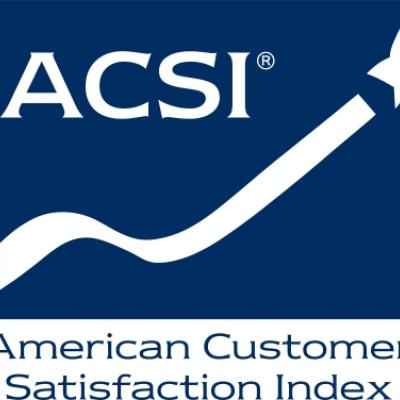 According to the American Customer Satisfaction Index (ACSI), customer retail satisfaction with supermarkets and other retailers fell to its lowest level in six years. On a scale of 0-100, the supermarket industry in general scored 75.5 out of 100 for 2020, down from 78 in 2019.

The rating for supermarkets fell from 78 to 75.5, a decrease of 2.6%, according to ACSI. Seventeen of the Top 20 grocers showed reduce satisfaction ratings. Trader Joe’s had the highest satisfaction among grocers, and retailers in general, with a score of 84. Costco Wholesale, H-E-B, Publix Super Markets and Wegmans Food Markets all followed with a score of 82. Aldi, Sam’s Club, BJ’s Wholesale Club, Hy-Vee, and Target made up the rest of the Top 10 in customer satisfaction ratings.

With the chaos of 2020, especially in the early months of the year when out-of-stocks hit retailers, it is perhaps not surprising that consumers felt frustrated with their favorite stores. In fact, this appears in the survey as out-of-stocks were a top complaint. However, store hours and store locations scored high with consumers, while pharmacies and the speed of checkout had the lowest scores.

The ACSI Retail and Consumer Shipping Report 2020-2021 is based on interviews with 70,767 U.S. consumers. Criteria for the survey include satisfaction with store location and hours, staff courtesy and helpfulness, store layout and cleanliness, product quality and availability and checkout speed. 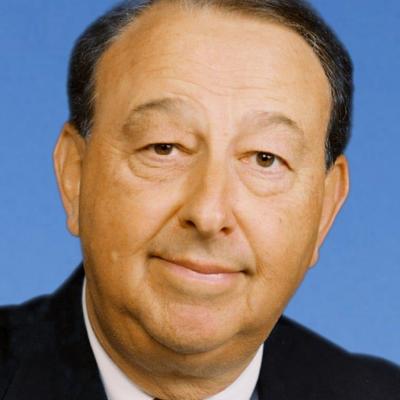 Peggy Davies, president of PLMA, said during her president’s report that PLMA will unveil a new plma.com site in the coming weeks. In other news from the conference, the World of Private Label trade show in December and the Private Label Trade Show in November are both expected to be in-person events. PLMA’s other events this year, including its St. Joseph’s Education Program in June and its annual Washington Conference in October, will be held online.

Clay Dockery of Massimo Zanetti Beverage USA was elected to serve a second term as board chair.

The conference ended with a tribute to former PLMA President Brian Sharoff, with his induction into the Private Label Hall of Fame. Industry veterans, co-workers and friends paid tribute to Brian during an online Hall of Fame ceremony. Brian is the first person inducted into the Hall of Fame as the sole inductee.

PLMA's Executive Education Program can teach you about one of the biggest challenges facing store brands, the evolution of U.S. retailing in a post pandemic environment.