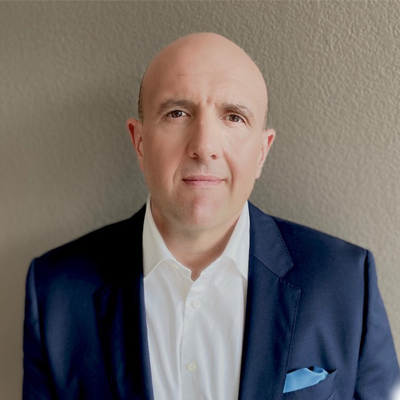 For the second year in a row, Amazon has topped the RPI ranking, which is based on an online survey of 10,000 households and grocery retailer performance in various categories and how it creates emotional bonds with customers, as well as their short-term and long-term financial performance.

In addition to Amazon, H-E-B, and Market Basket both finished high in the survey, coming in at second and third place, respectively. Wegmans landed the fourth spot in the index, and it was the first time the grocer appeared in the RPI while Amazon Fresh scored high with consumers and landed in the fifth spot.

In a press release, Steadman cited the growth of mid-sized grocers finishing higher in the latest survey because of covid and changes in the industry.

“The challenges for most other retailers are significant, but a number of mid-size grocers gained momentum by understanding their customers better and differentiating their offering accordingly,” Steadman said.

“The pandemic has massively accelerated changes in how customers buy their groceries, and their behaviors are continuing to evolve,” said Steadman. “2021 was the year that grocery retail became truly omni-channel. Retailers who delivered on their customers evolving needs in-store and online performed best. This was mostly the larger players, who used their advantages to consolidate their positions.”

The report can be downloaded from the dunnhumby website. 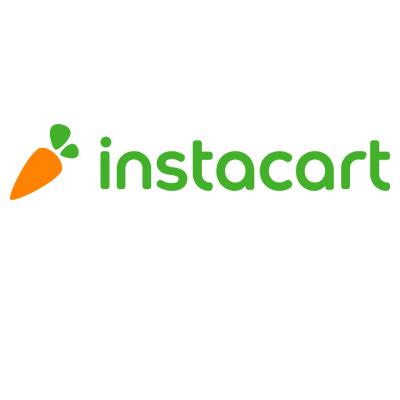 Instacart has started a new system to help supermarkets compete with restaurants for consumers’ meal dollars. The company has launched Ready Meals as part of its app. It is a new prepared meal ordering and delivery service specifically for grocery stores.

Ready Meals makes available delivery of hundreds of meals from chains such as Publix Super Markets, Kroger and Ahold Delhaize USA’s Giant and Food Lion, among others. Wakefern Food Corp.’s and ShopRite are expected to also have meals available from Instacart in the coming weeks.

Through the Instacart app’s Ready Meals Hub section, prepared foods can be ordered and delivered to customer’s home in as soon as 30 minutes. The Ready Meals Hub is available to consumers in 35 states and they can order fresh meals from more than 4,100 grocery stores, according to Instacart.

The fresh food market is a growing opportunity for supermarkets. The U.S. chilled and deli food market is projected to reach more than $108 billion in sales by 2026 from about $40 billion as of October 2021, according to Instacart and market analytics firm Research and Markets.

Hy-Vee has launched a ship-to-home site offering more than 5,000 better-for-you products and wellness tips. The site, called WholeLotta Good, ships vitamins, health food and beauty products to homes across the country and offers free delivery on orders over $49.

Randy Edeker, Hy-Vee’s chairperson and CEO said in a press release announcing WholeLotta Good  “With the launch of WholeLotta Good, we can now bring our extensive offerings to customers across the country through a site that’s convenient, affordable and easy to use. It’s all part of our mission to make lives easier, healthier and happier.”

Kroger’s has announced its latest in-store ghost kitchen test with a Kitchen United Mix location inside a Ralphs store in Los Angeles that serves meals from 10 different restaurants for pickup or delivery.

Customers can order meals from multiple restaurant brands and have everything delivered together for one delivery fee. Kroger and Kitchen United started working together last summer and Kroger expects to open more ghost kitchens in Texas, reportedly in Dallas and Houston.

Ghost kitchens give grocers a way to compete with restaurant takeout and delivery and offers an option for shoppers who have made ordering meals online a regular part of their lives. During the pandemic, supermarkets came under increased pressure to provide options to consumers as takeout and deliveries from restaurants became stiff competition for share of stomach. 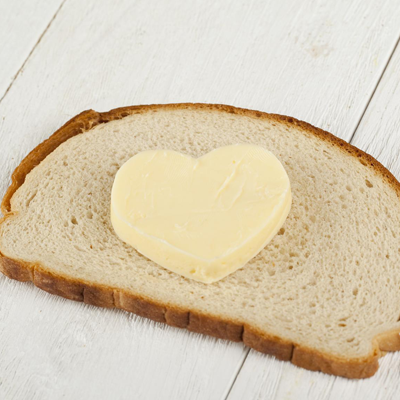 The weekly average price of grade AA butter hit $2.66 per pound in the first week of January, up 40% when compared to the same period a year ago, according to a USDA report. Butter prices also rose 3.7% during December.

Labor shortages and higher packaging material costs, as well as reduced livestock herds, are all explanations for the increase. In a recent weekly report, the USDA noted that ongoing labor and freight shortages will continue to limit the butter supply in 2022. This could mean continuing price increases throughout the year. Year to date, overall butter production has also declined 2.8%.

The huge increase in butter prices has not been seen in other dairy products. For instance, the price index for dairy rose 1.6% in 2021, compared to 6.4% for all food at home, according to the Labor Department. 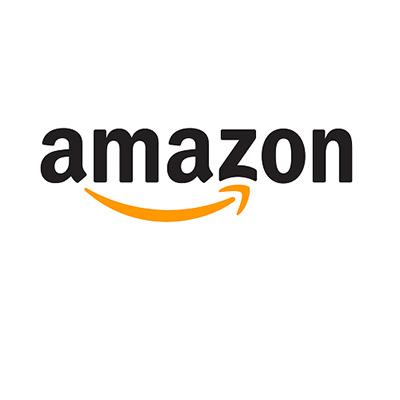 Amazon has announced plans to open a clothing store called Amazon Style. The store will be the company’s first physical store selling clothing and will be in Glendale, California.

The store will be based heavily on technology and convenience for shoppers. Amazon said that through its Amazon Shopping app it would provide customers with real-time recommendations and enable them to use the app to send items to a fitting room or pickup counter.

Shoppers could also scan the QR codes to see if other sizes or colors of the items they are interested in are available. Items will range in price from $10 to $400, Amazon said, and the store will be about 30,000 square feet, several times larger than a typical specialty mall store.

Speaking at the recent National Retail Federation show in New York, Target CEO Brian Cornell predicted that in the coming months Americans will be buying more store brands as they seek ways to fight inflation. In his keynote, he forecast shoppers will drive less and make fewer shopping trips this year due to rising gas prices and other inflationary pressures.

"You’ll drive fewer miles, you’ll consolidate the number of times and locations where you shop," Cornell said. "You’ll probably spend a little more eating at home versus your favorite restaurant, and you might make some trade-offs between a national brand and an own brand."

"We're going to learn a lot about how the consumer reacts in the next 60, 90, 120 days to rising prices," Cornell added.

Despite the pandemic and economic pressures, he pointed out that shoppers still want the retail store experience. “They came out to shop. They were out physically shopping in our stores. They returned to shopping malls. They were engaged. They wanted to be out there enjoying what retail can provide. It gives me incredible optimism for the future.”

Walmart Preparing to Enter the Metaverse

Walmart appears to be making its first entry into the metaverse with plans to create its own cryptocurrency and collection of nonfungible tokens, or NFTs.

The big-box retailer filed several new trademarks late last month that indicate its intent to make and sell virtual goods, including electronics, home decorations, toys, sporting goods, and personal care products. In a separate filing, the company said it would offer users a virtual currency, as well as NFTs.

The U.S. Patent and Trademark Office reported that Walmart filed the applications on Dec. 30 and a total of seven separate applications have been submitted by the retailer.

Walmart said in a statement responding to the story that it is “continuously exploring how emerging technologies may shape future shopping experiences.”

“We are testing new ideas all the time,” the company said. “Some ideas become products or services that make it to customers. And some we test, iterate, and learn from.”

Walmart is not alone in looking to the metaverse. In recent months companies like Nike, Gap, and Ralph Lauren, among others, have all submitted trademark requests. 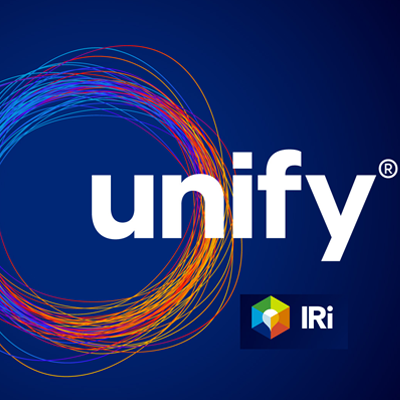 The latest exclusive store brand monthly sales data from IRI’s Unify service is expected to be posted on plma.com on February 1. The results are available to all registered members and retailers.

Unify features an interactive, highly graphic interface to help users better understand market performance and how their businesses can compete. After the February update, the next report is scheduled March 1. 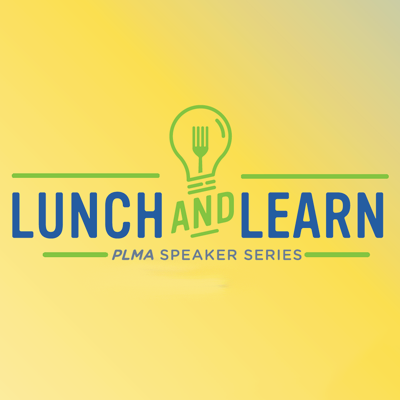 PLMA’s popular Lunch & Learn speaker series will continue Feb. 24 with a presentation from global taste and nutrition company Kerry about its research on the private label consumer and new product development strategies for companies.

The program will explore the distinct attitudes of each group and strategies for new product development across food and beverage categories. Kerry’s new Online Product Development Simulator interactive tool will also be demonstrated. The live online one-hour presentation will start at 12:30 p.m. EST. A Q & A session will be included.

This is the latest in a series of PLMA Lunch & Learn events planned for 2022. The first was held in January with a presentation from IRI. Another Lunch & Learn program will be held April 28.