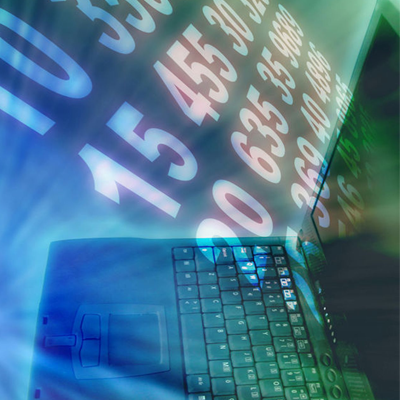 Last year, several retailers were hit by a cyber-attack. In July, Coop Sweden had to close all of its 800 stores for days after point-of-sale tills and self-service checkouts stopped working. The company itself was not the target, a large software supplier that it works with was hit.

In October, the Tesco app and website went down for two days after a hack that left customers unable to place orders. In December, more than 300 James Hall-supplied Spar stores in the UK fell victim to an attack and had to close their doors. The wholesaler’s IT systems were invaded, and hackers gained access to its internal systems, operating everything from stock control to logistics.

The cases highlight the growing concern among retailers about both direct targeted attacks as well as attacks where hackers claim multiple victims by attacking their suppliers. In this increasing digitalizing retail world, investing in cybersecurity is becoming more important. Schwarz Group, owner of Lidl and Kaufland, just bought a major stake in Israeli IT security provider XM Cyber. The company simulates attack paths, using simulated attacker techniques in vulnerable parts of companies’ IT system in order to close them.
EU News Desk: The Future of Retail 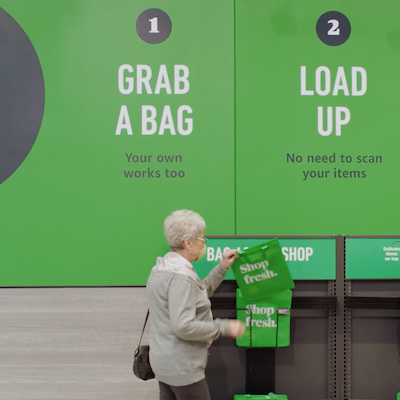 Demand for a convenient and frictionless shopping experience has led to more automated stores. News anchor Judith Kolenburg reports. Plus, as the sustainability movement grows, some retailers are encouraging shoppers to use their own containers and fill them with groceries. Meryl Perrot examines the “refill or return” trend. 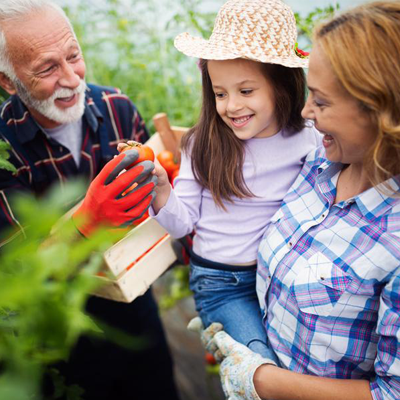 On 23-24 February 2022, PLMA will hold its annual Roundtable Conference online 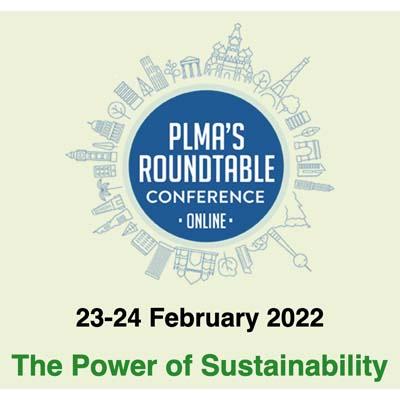 This year’s theme is “The power of sustainability”. Driving a sustainable private label business is a challenge for retailers and manufacturers. It touches every aspect of companies' operations. From sourcing, product composition and transport, to processing, packaging, waste management and store and warehouse design. What are the drivers and barriers of making sustainable choices? What is the role of the consumer? How can companies turn the cost of change into future success? 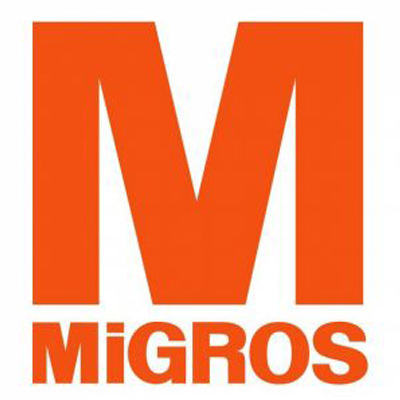 Together with Empa, retailer Migros has in-house developed software, which displays its entire flow of goods in real time. The solution is called “M Opex Tower” and it enables the retailer to make its logistics safer, more efficient, and more ecological.

The tool maps the flow of goods in real time on the road, rail and water based on a digital copy of its entire supply chain worldwide. An algorithm then calculates the optimal means of transport in terms of emissions. Thanks to the software, Migros expects to be able to reduce its CO2 emissions in road traffic 70% by 2030.

In addition to decarbonising store deliveries, the tool makes it possible for the retailer to react quickly to supply chain disruptions, thus increasing its resilience. 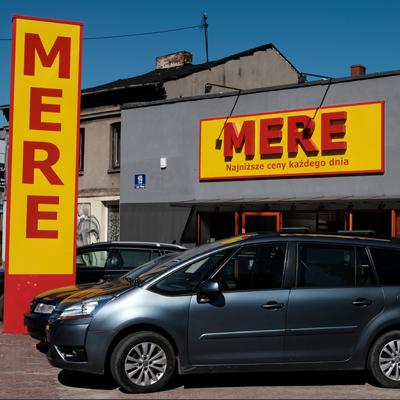 Russian hard discounter Mere is slowing down its ambitious expansion plans in Western Europe. A few months ago, it had announced that by the end of this year, it would open ten stores in Belgium, and at least three in France and the UK. So far, only one store in the UK opened, with a delay because there weren’t enough products for the store.

Mere operates without warehouses; each store is a self-service warehouse without shelves. Products are stacked on pallets directly delivered by suppliers. The problem seems to be that the company has trouble finding suppliers in this region. It has very strict conditions for its suppliers: they have to offer their goods considerably cheaper than at the competition, they are responsible for the delivery of products to the stores and have to take back unsold goods. Once Mere succeeds in finding local suppliers that are willing to agree with its terms, it could fill the gap created by the upgrade of Aldi and Lidl in Western Europe.
Ocado advances in warehouse automation 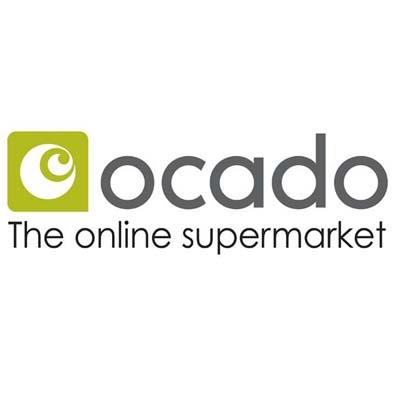 UK online supermarket Ocado wants to automate the entire process from farm and factory to consumers’ fridge. Already using thousands of robots, it wants to eventually replace most manual warehouse jobs with machines.

So far, the company provides its e-commerce technology solutions to brick-and-mortar supermarket retailers, such as Monoprix, Alcampo, Coles, Sobeys, Kroger and Marks & Spencer. Now that food e-commerce is growing and there is labour shortage and rising wage demands, its automated Customer Fulfillment Centres are attracting attention from even more international retailers.

While using robots to handle non-food items is already pretty standard, food has always been a challenge; it can be fragile and can require chilled or frozen temperatures. The success of a robotized solution for grocery could have big implications for labour in the retail industry.

Keeping score, from Nutri- to Eco- to Planet- 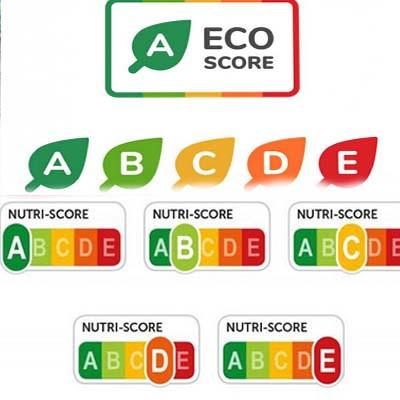 Front-of-pack health label Nutri-Score is already being used in major supermarkets across Europe for a few years. It classifies the nutritional value of products on a scale from A (very healthy) to E (unhealthy). The label, which enticed manufacturers and retailers to reformulate products in order to get a better score, has been accepted by consumers and helped them make healthier choices.

This year, Eco-Score was launched, this label rates the environmental footprint of products from farm to fork. The system measures the CO2 impact of products, but also their impact on water, biodiversity and particulates. Like the Nutri-Score, the Eco-Score is a front-of-pack label with an A for the product with the lowest ecological footprint to E, the highest. Colruyt has adopted the new score for its own brand products and will include national brand products in the coming months. Lidl Europe and Carrefour have also started using the label.

Finally, an additional labelling system was launched: “Planet-Score”. Some 27 manufacturers and eight retailers in France, including Auchan, Lidl, Franprix and Monoprix, have signed up to test the label for 1,000 food products. The label resembles the Eco-Score, but in case a Life Cycle Assessment cannot be established for a product, the system will look at other factors such as pesticide use, climate impact, biodiversity, and animal welfare.

All these front-of-pack labels attempt to make it easy for consumers to make healthier or more sustainable choices. Instead of having to scan a barcode, the letter A to E directly provides the necessary information. 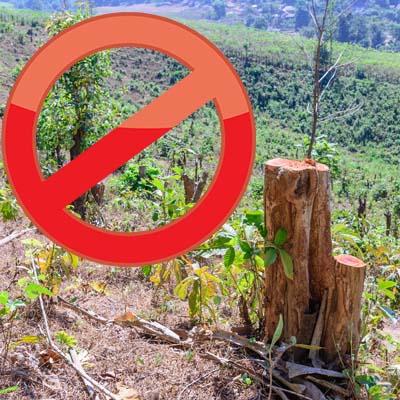 Europe is the second largest buyer of soy, beef, palm oil, cocoa and coffee. These are often manufactured on an industrial scale, which involves cutting down forests. The European Union has now introduced measures to limit EU-driven deforestation.

The Regulation sets mandatory due diligence rules for companies that want to place the commodities on the EU market with the aim to ensure that only deforestation-free and legal products enter the EU market. Importers of food and some derived products will have to prove that their items are grown only on existing agricultural land. In the first instance this means that these products entering the market have to be traceable so their origin is clear.

The Commission will use a benchmarking system to assess countries and their level of risk of deforestation and forest degradation. European member states are responsible for the checks. 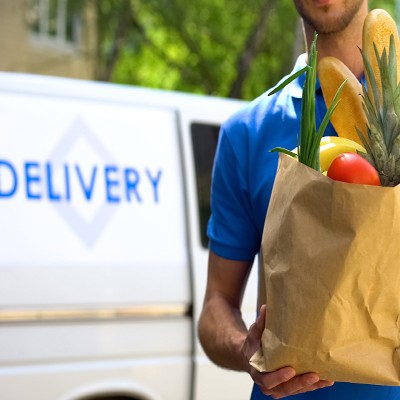 The rise of fast delivery companies, which promise to bring home groceries in ten or twenty minutes, has caught the attention of traditional grocers. Since there obviously is a market for such speedy service, some chains are taking advantage of the popularity, performance, and availability of delivery teams of the fast deliverers and partnering with them.

Tesco has teamed with delivery group Gorillas and is testing ten-minute deliveries from its supermarkets and offering a range of 2,000 items. In spare space within the supermarkets involved in the test, small warehouses were set up from which the Gorillas teams operate. In France, Casino Group took a stake in Gorillas. Casino was already supplying the dark stores of Gorillas, and this cooperation will now see several hundred Monoprix’ private label items added to the Gorillas range.

Rewe took a share in express delivery service Flink. The latter now sells numerous private label products from Rewe, especially organic items and convenience products from the "Beste Wahl" line. Carrefour signed a partnership with start-up Cajoo in France, which will take care of the order picking of 2,000 national and Carrefour own brand food and non-food products via the interface of the Uber Eats app.

As for the costly last mile, a loss-making issue for retailers, partnering with a quick commerce provider may be one way for chains to at least break even.